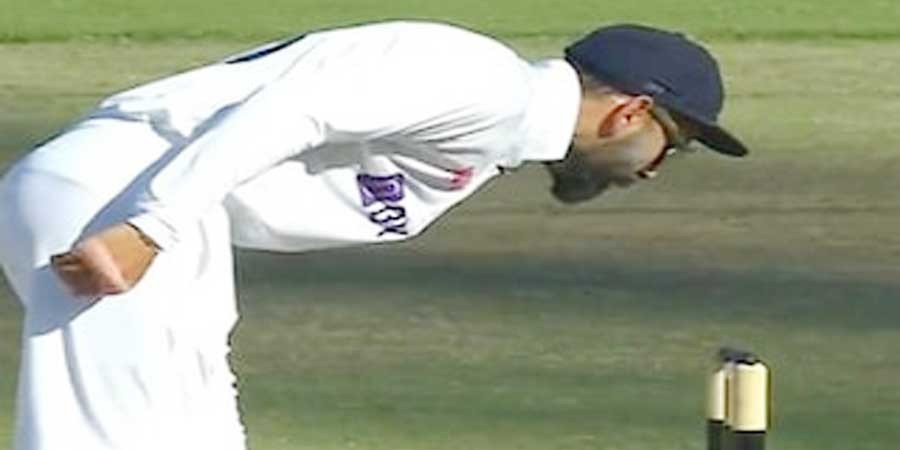 North 24 Parganas (India) correspondent: Virat Kohli on Thursday unleashed his fury into the stump mic, expressing his anger over a DRS decision on Day 3 of the third and final Test at Newlands, Cape Town. During the 21st over of the South African second innings, Dean Elgar was given out LBW by the on-field umpire but the Proteas captain reviewed the decision. Replays showed that the ball hit Elgar just below the knee roll, but hawk-eye showed that it was going over the stumps. The decision infuriated the Indian players, captain Virat Kohli in particular.

The Indian skipper walked upto the stump mic and let it rip. Other Indian players like KL Rahul and Ravichandran Ashwin were also heard expressing their dissatisfaction.

“Focus on your team as well when they shine the ball.. and not just the opposition, trying to catch people all the time.”

With emotions running high in the Indian team, Dean Elgar and Keegan Petersen took advantage of the situation and scored quickly in the next six overs to reduce the deficit further.

India, however, struck at the stroke of stumps on Day 3, with Jasprit Bumrah removing Elgar. At the end of the day’s play, South Africa were 101 for two, needing 111 more runs to win.

With the series tied 1-1, both teams are desperate for a win. Victory in the third Test will give India their maiden Test series triumph on South Africa soil.

Comments are closed, but trackbacks and pingbacks are open.